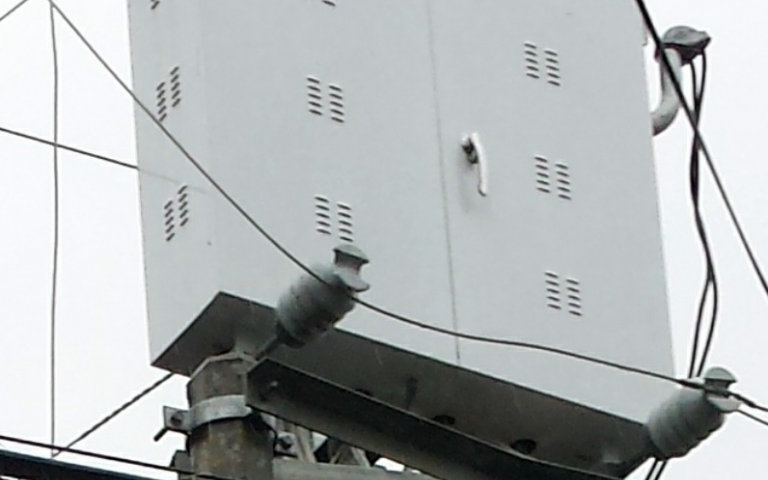 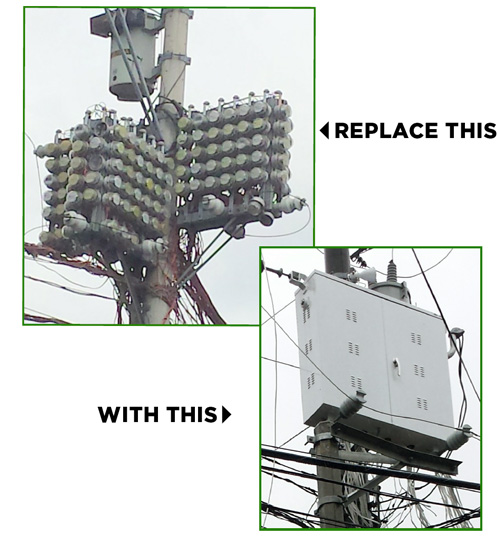 No Longer Climb A Pole to Disconnect

In some countries customers feel entitled to electricity and are compelled to find creative ways to acquire free energy. As a result, distribution utilities are compelled to find creative ways to stop them. Some Distribution Utilities have resorted to clusters of electric meters on top of utility poles to divert creative methods of theft.. This is very unattractive but necessary and makes meter reading difficult along with disconnection and reconnection. HAWKEYE by Vision Metering is an attractive alternative and provides a complete Advanced Metering Infrastructure (AMI) solution for about the same cost. HawkEye is read and controlled from EndSight, a control system which provides switching capabilities of each meter and is packed with many advanced features including Prepaid Metering. The HawkEye is available in five packages from 10 meters to 50 meters. In addition to being more attractive than the clusters of ANSI meters, the enclosure provides many levels of security and anti-theft methods to keep your revenue secure.

HawkEye is a custom product! It can be designed to fit a utility’s specific needs. This product was custom designed in conjunction with Visayan Electric Company in Cebu, The Philippines. Shown in the picture above are two options required by the customer. Options include a totalizing Form 4S meter and two CT’s. The Vision 4S meter also has a Data on Demand Radio inside to communicate with the RadioGate. The other option is the five 100 amp circuit breakers to protect each string of 10 meters from external faults. The customer felt the circuit breakers were necessary because there are 10 meters on a common bus and an external fault could damage more than a single meter should 30 Position Enclosure a fault occur.

The HawkEye meter is a variation of a socket type meter with a designation of 2SM. It is equipped with two current transformers to detect imbalances of load when one customer is stealing from another. Each line has a 100 amp switch and both switches act simultaneously when given an “Open” or “Close” command from the EndSight software. 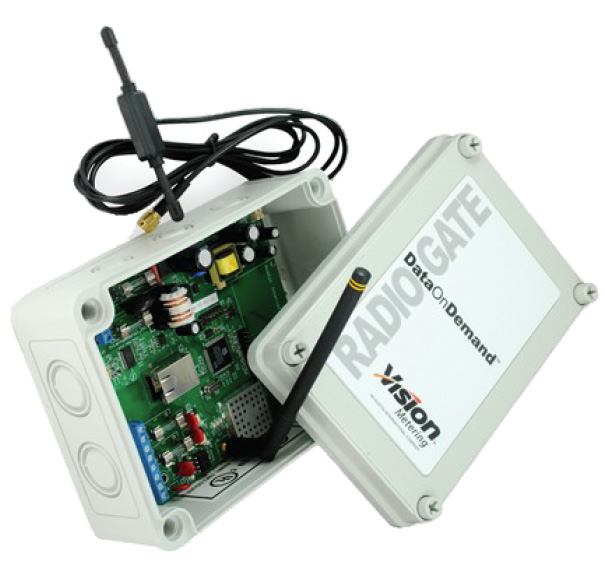 The RadioGate is the heart of HawkEye’s communication system.

It operates between 902 – 928 Mhz and frequency hops between these frequencies. For the Philippines it operates strictly at 916 Mhz. Communication between the HawkEye meters and the RadioGate is accomplished via optical strips behind the meter and hard wired to the RadioGate. In operation, the RadioGate develops an internal table to identify where each meter is located within the enclosure. If a meter is removed or moved to another location within the enclosure, it will send an alarm to EndSight. The RadioGate also has 3 status inputs which are used to communicate various events within the enclosure to EndSight such as door opening. It has a repeater function which allows various RadioGates to relay information from one unit to another and eventually get back to EndSight. The RadioGate has a wide range power supply which operates from 80 to 277 volts. It is internally fused to protect against both internal and external faults. 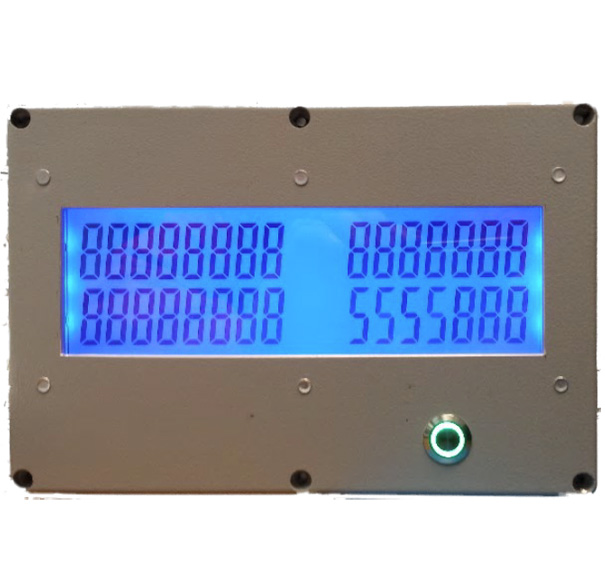 A two line display is available for the HawkEye Elevated Metering System.

It will display data for two meters at a time showing the serial number and Kwh of each individual meter. The display scrolls every 7 seconds to the next two meters in sequence. A push button is located on the front panel which allows the customer to scroll through the meters to find theirs. The box is NEMA 4 (raintight) and the button is industrial grade and also weather proof. The display is backlit so it can be read at anytime of the day or night.

Communication between the RadioGate and Meter is accomplished via optical strips located in the back of the meter. Each meter has an associated optical port to communicate. Each position has a location associated with that spot in the enclosure and is part of a table which the RadioGate manages. The serial number of the meter becomes associated with a location in the enclosure. When the meter is removed or moved to another location an alarm is transmitted to the EndSight Software System. There is a soft rubber shield which goes over the LED’s and is wedged between the optical strip and meter to prevent dust accumulation on the LED’s